Ask the Expert: Is green prescribing an answer to improving wellbeing post-COVID-19?

In the latest instalment of the Social Market Foundation’s Ask the Expert series, held in partnership with UK Research and Innovation, we were joined by Dr Daisy Fancourt, Carl Petrokofsky and Graham Duxbury to discuss the impact of the pandemic on people’s wellbeing and engagement with the natural environment, and the benefits of green prescribing.

Opening the discussion, UCL’s Dr Daisy Fancourt shared data from the ‘COVID-19 Social Study’, a longitudinal study of UK adults which explores the societal impact of the COVID-19 pandemic and social distancing. The study shows that people’s engagement with the outdoors decreased at the beginning of the first lockdown, before increasing over the Summer and declining again during the second lockdown. The UCL study found a positive correlation between the implementation of coronavirus restrictions and an associated negative impact on mental health. Dr Fancourt highlighted that women, young adults and those with poor mental health have been more affected by depression and anxiety during the crisis than other groups.

Dr Fancourt highlighted a recurring theme in the event: that pre-existing inequalities in access to green spaces have been exasperated by the restrictions implemented due to the pandemic. Those living in urban areas are already much less likely to have access to green spaces (including private gardens) than those in rural areas, and therefore their access to the environment was further restricted during the first lockdown. Dr Fancourt listed three further barriers to using public green spaces that should be considered by health professionals and policymakers when designing green social prescribing programmes:

Dr Fancourt concluded that “now is a good time to be having these conversations [about green social prescribing]”, particularly given the on-going pressure on health services in the UK. She stressed the importance of clarifying that green social prescribing programmes exist as alternative care options which could increase access to care and reduce patient waiting times.

Public Health England’s Carl Petrokofsky opened his contribution by examining the key determinants of the health of individuals (see figure 1). 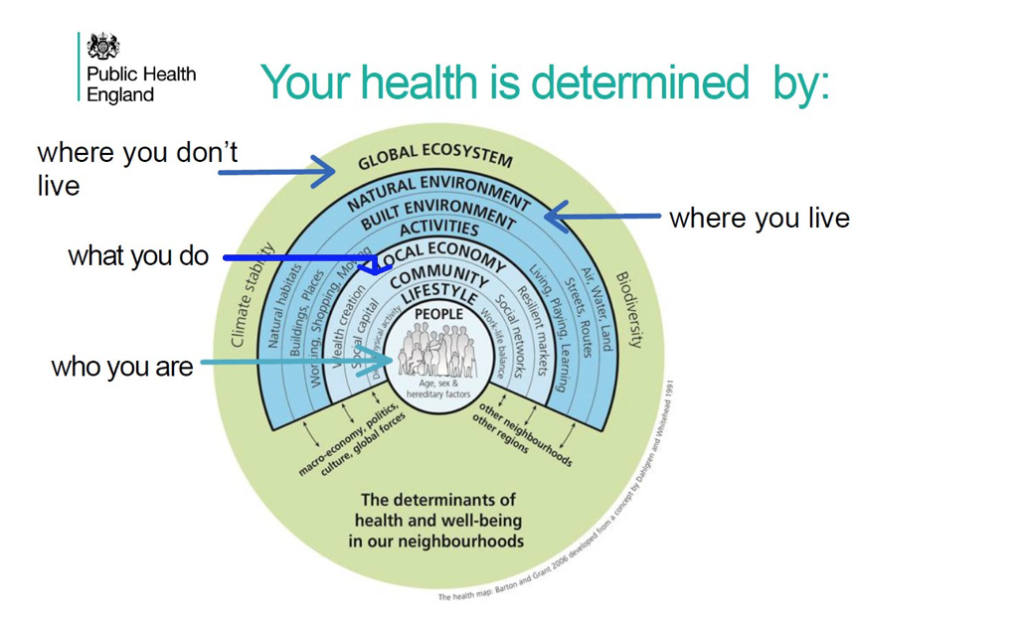 Figure 1: The determinants of health and well-being in our neighbourhoods (Public Health England 2020)

Mr Petrokofsky stated that COVID-19 has exacerbated pre-existing inequalities in the “distribution, quality, quantity and use made of green spaces”, adding that the “most affluent 20% of wards in England have five times the number of parks and green space compared to the most deprived 10% of wards”. As place is a key determinant of health and wellbeing, with the use of green spaces known to improve mental and physical health, aid recovery from long-term illness, and strengthen communities, Mr Petrokofsky emphasised that access to green space must be considered a key component of improving public health outcomes.

Mr Petrokofsky made several recommendations for ensuring that green prescribing programmes are effective and accessible to those who need them the most:

Mr Petrokofsky stressed that although local public health teams are facing “enormous ongoing challenges as a result of the pandemic” even a small budget can have an impact on green prescribing efforts. Parks and green spaces should be seen as an “asset that is contributing to the health and wellbeing” of the community.

Echoing his fellow panellists, Groundwork UK’s Chief Executive Graham Duxbury stated that Groundwork’s “practical experience on the ground validates that being connected to green spaces is good for you and during the pandemic has been a lifeline for many people”, however these benefits are not distributed equally across society. Mr Duxbury said that those who “need the restorative benefits [that] nature has to offer the most, are precisely those who are least likely to access them”, and that while this was an issue before the pandemic, it has been exacerbated by the Coronavirus crisis. He added that, typically, low-income households are less likely to live within a five-minute walk from adequate green space when compared to those higher in the income distribution.  In terms of making use of green space, he noted that it is older people, those with disabilities, those from lower-income households, and those from ethnic minority backgrounds who are the least likely to use green space. Mr Duxbury highlighted research by Natural England that found that while the number of people who say they feel connected to nature has increased during the pandemic, the gap between those who do and do not use green space has widened, with 35% of adults saying that they had not visited a green space between April and June 2020 – with a clear social gradient within those responses.

Mr Duxbury provided examples of effective green prescribing projects in the UK and the benefits they provide through physical activity and shared team goals, including addressing anxiety and loneliness, building self-confidence, and helping to manage chronic conditions. He shared three recommendations from his experience working with green social prescribing projects:

Mr Duxbury shared concerns from an audience member about the expansion of social prescribing programmes without sufficient funding, which could put immense pressure on those who run and support the projects. Mr Duxbury said that local leaders and authorities must include green infrastructure in conversations about social injustices and levelling up. Mr Duxbury also added that green bonds could be a potentially effective model for funding and delivery, despite the complexities of setting these up; there are key examples that exist in the North East of England.

This event formed part of the SMF’s Ask the Expert series, run in association with UK Research and Innovation (UKRI). Watch the full event here.

Is green prescribing the answer to improving wellbeing post-COVID-19?

Join the Social Market Foundation, in partnership with UK Research and Innovation (UKRI), for a virtual Ask the Expert event exploring the impact of the pandemic on people’s wellbeing and engagement with the natural environment.
More
Publication

Recreating parks: securing the future of our urban green spaces

Parks have been a vital public service throughout the UK’s lockdown. But their financial plight and health benefits have not been fully recognised. With parks taking on a new place in the national conversation, now is the time to secure their future.
Read
Commentary

Ask the Expert: Achieving a green and just recovery from the Coronavirus crisis

In this instalment of the SMF’s Ask the Expert series, convened in partnership with UK Research and Innovation, we were joined by Ece Özdemiroğlu, Polly Billington and Matthew Pennycook MP to discuss how a green and just recovery from the coronavirus pandemic could be achieved.