Big companies are ignoring poverty even as they promise to support the ESG agenda of greener and more responsible capitalism, new analysis reveals today.

The Social Market Foundation think-tank found that FTSE-100 companies are 64 times more likely to address environmental issues than to discuss poverty in their statements about Environmental, Social and Governance work.

The SMF carried out a keyword analysis of the most recent annual reports of all FTSE-100 firms and found that companies put far more focus on the environmental and governance elements of ESG than on their social responsibilities.

The word “governance” appears 176 times on average in an annual report.  “Environment” is typically mentioned 64 times. But “poverty” was mentioned only once on average.

In all, 53 of the FTSE 100 companies made no mention of poverty in their reports, even though all committed to the ESG agenda. (See Note 1 for details of keyword searches)

The SMF said the analysis shows that the “S” in ESG is being overlooked, calling on businesses to pay more attention to poverty among their workforce, supply chain, and community.

The report is part of an SMF project with Trust for London, a grant-giving body.  The project is working with leading businesses and experts to develop and promote practical ways for business to contribute to action on poverty.

The SMF today unveils its Business and Poverty Advisory Panel that will advise on the project. Members include senior staff from the Co-op Group, the Greater London Authority, as well as Paul Lindley, the founder of Ella’s Kitchen. (See Note 2 for full membership)

Despite the FTSE firms’ lack of focus on poverty, the SMF project has found clear interest among London-based business of all sizes in action on the issue: 79% of London employers polled agree that “poverty is an issue that impacts the people in the capital”.

The Joseph Rowntree Foundation has calculated that 14.5 million people – including 8.1 million working-age adults and 4.3 million children – are in poverty in the UK. (See Note 3)

The proportion of London households in poverty – where at least one adult works full-time – has risen by 50% in a decade.  Three-quarters of the children in poverty in the capital – more than half a million – are living in working households.

The SMF report follows research by Hanbury Strategy showing that the public are unimpressed by companies making “responsible business” promises on social issues and want executives to focus on ensuring people are properly paid. (See Note 4)

“The ESG agenda has the potential to do real good for the world. But the immediate social aspects of that agenda are too often ignored, putting the whole exercise at risk.  Companies that want to do good should start by ensuring their own people aren’t living in poverty.”

If companies are seen to promise to do good but won’t address something as fundamental as poverty among their workers, suppliers and neighbours, the public and those who invest their money will start to wonder if ESG really means anything and lose trust in business.

Ignoring the S in ESG could be very expensive indeed.”

“It’s disappointing that some big companies seem reluctant to talk about poverty, but our research shows us that many London businesses are aware of the problem and want to play their part in addressing it.

That isn’t just the right thing to do, it also chimes with public expectations – polls consistently show that the public expect businesses to do their bit in ensuring that workers, suppliers and communities can live well.

The most insightful companies already know that addressing poverty is good business and the right thing to do. We hope more firms will soon see this too.”

“Businesses play an important role in tackling poverty in London, especially when we look at the ongoing increases of in-work poverty. It’s disappointing that many companies do not yet see poverty as part of the responsible business agenda. We want to see all businesses in London taking action to tackle poverty, and a natural starting point is by becoming accredited as a Living Wage employer.”

Note 1: Keyword analysis of the ESG issues referenced in the annual reports of FTSE 100 companies, 2019-20 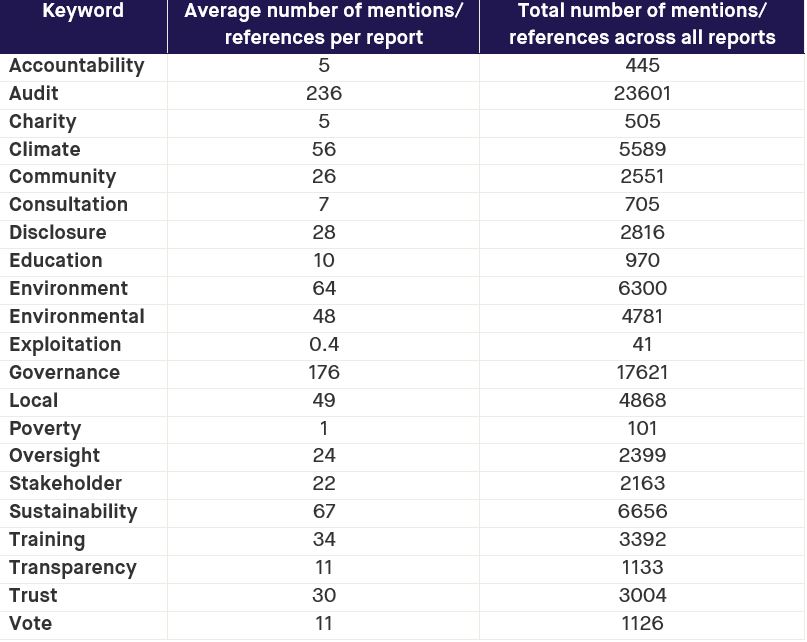 The table shows that, across the annual reports of the FTSE 100 companies:

Note 2: Members of the SMF/Trust for London Business and Poverty Advisory Panel 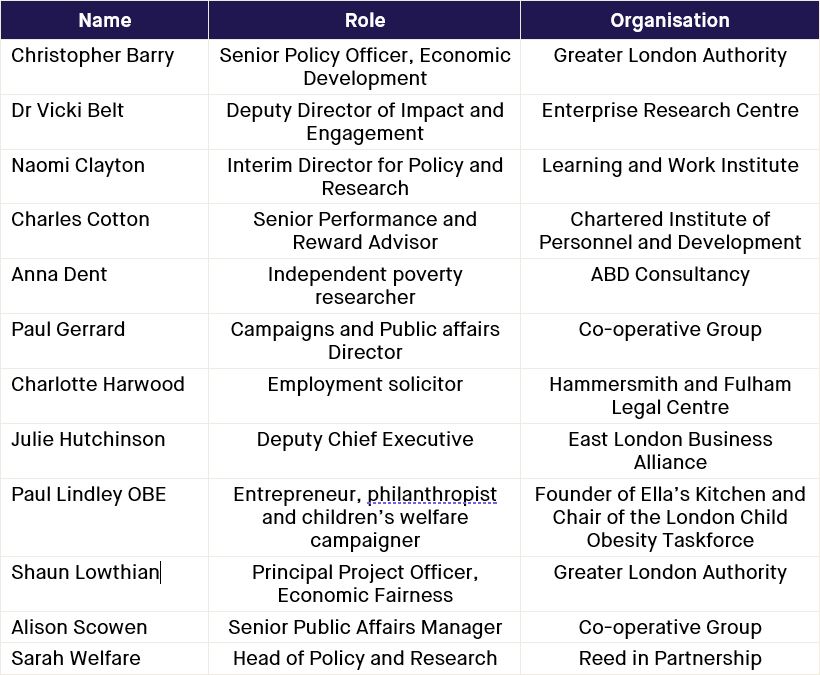 Note: Membership of the panel does not entail endorsement by any individual member of the organisations they work for, of SMF reports or other outputs.

‘Families pawning belongings to pay for food as inflation bites’

People on low incomes are pawning household goods to pay for food and rent as the cost of living rises, new research shows today.