Gig economy workers as satisfied as everyone else, new research shows

Deliveroo riders and other gig economy workers actively choose their work and are as happy with it as the rest of the workforce, new think-tank research reveals today.

A major survey of Deliveroo riders shows that a clear majority are content with their work with the company and want to remain self-employed rather than become conventional employees.

The research was carried out by the Social Market Foundation, which surveyed more than 7,000 Deliveroo riders, as well as hundreds of former riders. Surveys were also conducted with people working elsewhere in the gig economy, and with a sample of workers across the whole of the economy. The SMF also carried out focus groups with riders and ex-riders.

Gig economy workers in general, including Deliveroo riders, are more likely than the general workforce to be happy with the flexibility, control, training, and earnings their work gives them, the SMF found.

The report concludes: “Most Deliveroo riders consider riding with Deliveroo to be good work, and choose it deliberately because they value its autonomy and flexibility. They are as happy with their work as people in conventional employment. They make an informed choice to ride with Deliveroo in preference to other activities, often because they value the flexibility this offers more highly than they prize the characteristics of conventional employment.”

The project was sponsored by Deliveroo, which signed a legal contract with the SMF ensuring the think-tank’s complete independence over its work and report. The SMF is a charity overseen by a board of independent trustees.

The report was written by Dr Aveek Bhattacharya, the SMF’s chief economist. He said:

“The evidence we have gathered in this report shows that on many measures, Deliveroo riders are at least as happy as those elsewhere in the workforce, a level of satisfaction that has been recorded under the existing policy framework around the gig economy.  Policymakers should consider this evidence carefully when it comes to the gig economy.

James Kirkup, the Director of the SMF, said:

“Some political narratives about the gig economy suggest that the people who work in it are unhappy and exploited and have no choice about how they earn a living, but this report shows that those narratives are at odds with the facts.

This report shows that Deliveroo riders, and gig workers in general, are as happy in their work as other workers. More important, they are aware of the trade-offs and consequences that flow from working in the gig economy – and they choose to do that work on the basis of that knowledge. They are not victims. They are economic actors making informed choices about how and where to use their time.

The SMF’s research on Deliveroo riders was carried out entirely independently and brings important new evidence to the debate about the gig economy.  We surveyed more than 9,000 people in all, and we have published what we found.  Anyone involved in debates about the gig economy should listen to the voices of the people we heard from in this research.”

A spokesperson for Deliveroo said:

“This report underlines that the overwhelming majority of Deliveroo riders value the flexibility that comes with self-employment above all else. Riders want control over their own working patterns to be balanced with security, which is why Deliveroo ensures all UK riders are insured, are supported financially if they are unwell and cannot work or if they have become a new parent, and have access to free online learning courses.

Thousands of people are choosing self-employed platform work because of the benefits it brings, even when it is easier than ever to find employed work. The debate over the future of on-demand work should focus more on what riders and other platform workers really want, which is flexibility and security together.”

Chart 2: Proportion of respondents satisfied with the following aspects of their work 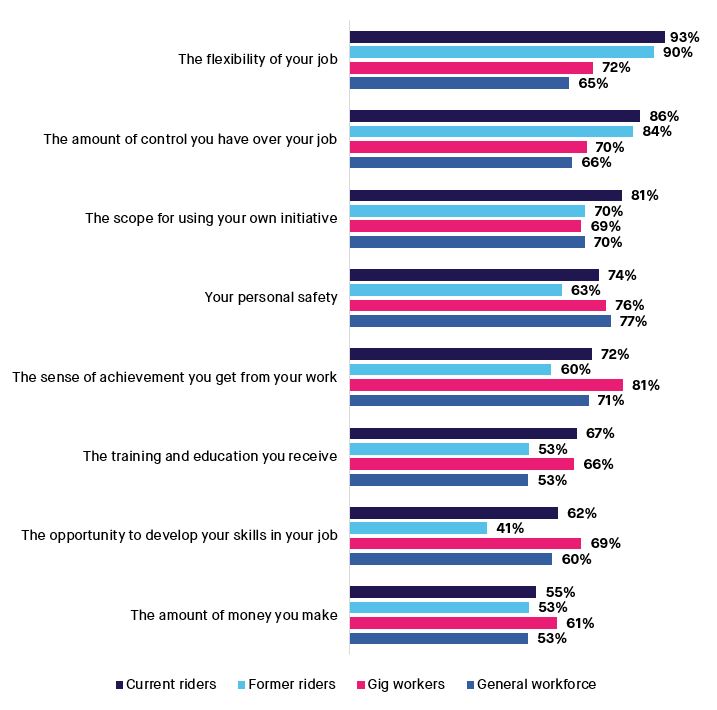 Chart 3: “Which of the following options best describes your views?” 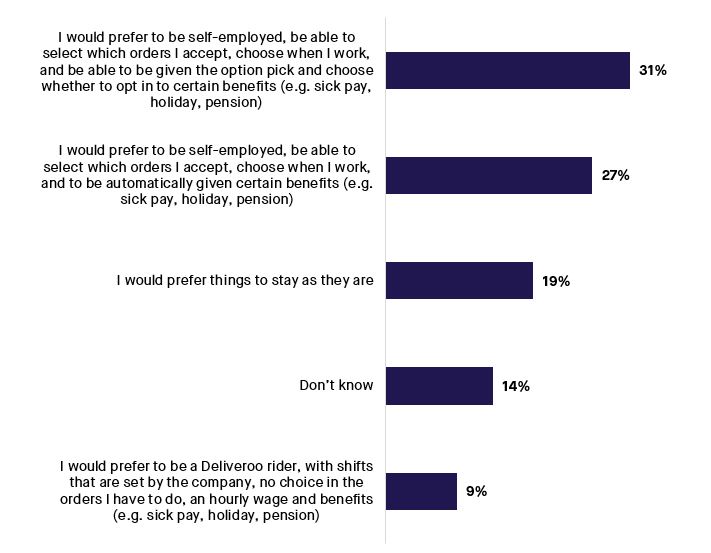