Ask the Expert: How do we better support the UK’s older carers?

In our latest Ask the Expert event, kindly sponsored by the ESRC, a part of UK Research and Innovation, Professor Sue Yeandle, Director of CIRCLE (Centre for International Research on Care, Labour & Equalities) and Professor of Sociology, University of Sheffield, shared her research on the numbers and demographics of older (unpaid) carers and the lives they lead. Sue was joined on the panel by Emily Holzhausen, Director of Policy at Carers UK and Sarah Gravenstede, Deputy Director of Social Care Strategy & Projects, Department of Health & Social Care.

Professor Sue Yeandle opened the discussion by highlighting the rising number of older carers in the UK. In the 2011 census there were 1.9 million unpaid carers aged 50 to 64 and 1.3 million aged 65+. In 2016, Age UK estimated the number of carers to now stand at 2.3 million, this is a 17% increase compared to the 2011 census.  Many older carers experience health issues of their own and can be juggling their own needs with the needs of those they are caring for. Age UK’s estimated that 55% of carers aged 65+ had a long-standing illness or disability, 29% had experienced feelings of loneliness and 400,000 were aged 80+.[i]

Some of the reasons suggested for the rise in the number of older unpaid carers include, increased longevity (which is often accompanied by poor physical or mental health), longer lives of younger people with disabilities or serious illnesses, and problems accessing formal services, such as day care.

Carers experience a range of unique worries and challenges, often related to the relationship between themselves and the person they are caring for. Some older carers are caring for an adult child with a disability, and carers in this group often worry about the future and their ability to continue providing care as they age. Those who are caring for a spouse are often co-resident and therefore unable to have a break from providing care. For those taking care of parents (the biggest group of older carers) caring can lead to a ‘role reversal’, which can be emotionally stressful for both parties. This highlights just some of the issues facing older carers and emphasises the need for carers to receive better support if we are to mitigate some of the negative impacts associated with caring. Research suggests that long term caring amongst those over 50 is associated with reduced life satisfaction, a decline in the carer’s quality of life and high levels of self-reported depression.

Local Authorities (LAs) have a responsibility under the Care Act 2014 to conduct carers assessments in order to understand how the local council could support them. The legislation is good but the implementation has been poor. In England, it is estimated that there are 1,346,800 carers providing more than 50 hours of care per week and yet in 2017/18 only 360,310 carers were supported or assessed by LAs, a 2.4% decline from 2016/17.[ii]

At the end of her presentation, Professor Sue Yeandle put forward a range of policies that would help to provide better support for older carers. These include:

Emily opened by discussing the changes she would like to see to better support older carers in the UK. Emily argued that caring must be made a part of everyday discussions and taken from a private issue to a public conversation. This could involve a public awareness campaign, conversations with employers and systemic change to create awareness, such as an NHS duty to identify carers. There are also changes that could make the lives of older carers less difficult, such as an increased use of technology, however some older carers would need to be supported to use technology to their advantage.

Whilst there is a growing amount of available evidence on who provides care and their lived experience, there are still gaps. Emily made the case for a carer marker in all key datasets, to better understand our changing society and the changing nature of family care.

At the end of the presentation, Sarah Gravenstede spoke about the department’s passion for supporting older carers and highlighted the ongoing work taking place as a result of the Carers Action Plan, which was published in June 2018.

The department have made a number of positive steps in this area, including GP improvements, a carers passport scheme, the Carer Confident benchmarking scheme and the £5 million announced for the carers’ innovation fund.

A key takeaway from the event is that as society continues to age, the number of older carers is likely to continue to increase. At present these carers are not getting the level of support they need and this must change. 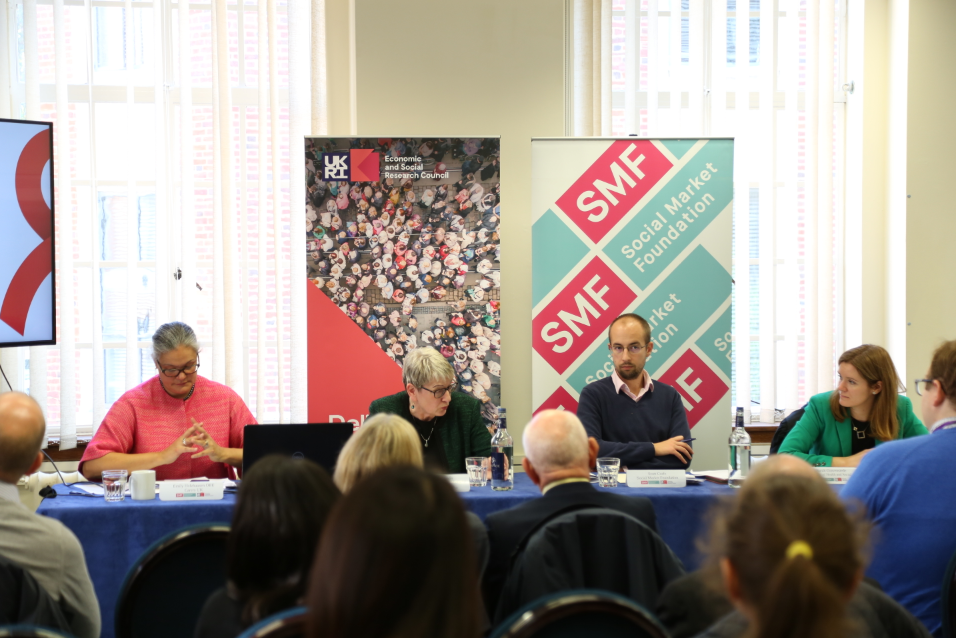