This report seeks to understand the factors affecting non-continuation and transfers at London universities.

London’s non-continuation rate is 7.7%, which is much higher than the English average of 6.3%, and students in London are the most likely to transfer to another university compared to students in the rest of the country. We seek to build on previous SMF work by focusing on why students leave university in London and the report looks in-depth at the differences in retention by ethnicity and socio-economic status.

Key themes raised in the discussions with those who had withdrawn from university include:

The demographics of the student population in London appear to contribute to its higher than average non-continuation rate. London has a large number of black students attending its universities (14%), and more than one in ten (13%) of Black students withdraw from their studies in London. However, our analysis suggests that the high non-continuation rate among London’s black students is largely explained by factors other than ethnicity. A significant proportion of Black students (42%) enter university in London with a BTEC, and students following this route are much more likely on average to withdraw from their studies.

The report concludes by setting out some potential steps that could be considered by London universities and government. These include:

To keep updated with SMF research and reports, sign up to our newsletter below: 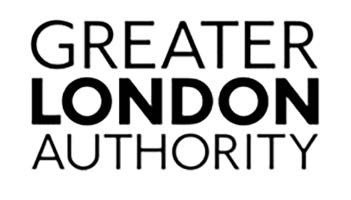 Fulfilling its potential? How well does the careers information, advice and guidance serve the people it is meant to support in England?

This report examines school leavers and adult learners’ experiences of careers information, advice and guidance (IAG) in England. Drawing on focus groups with school leavers, adult learners and parents, plus discussions with experts and practitioners, it presents new evidence on the way that people engage with IAG. The report makes policy recommendations in order to increase the personalisation, accountability, and accessibility of IAG.
Read
Publication

Installing for time? New evidence on the attitudes of home heat installers towards decarbonisation and heat pumps

This report draws attention to the home heat workforce - the plumbers, heating and gas engineers, and installers - who will be playing an essential in delivering the UK's net zero targets. It provides much-needed insight into the challenges and barriers facing the industry, and highlights the need for policymakers to step in and address them.
Read
Publication

This report calls attention to the scale of in-work poverty in the UK and London today, what drives it, and the impact it has. It is a part of a wider project – created in partnership with Trust for London - to develop a new benchmark that helps businesses tackle in-work poverty.
Read
Page 1 of 1